The importance of Iron rich foods at 6 months 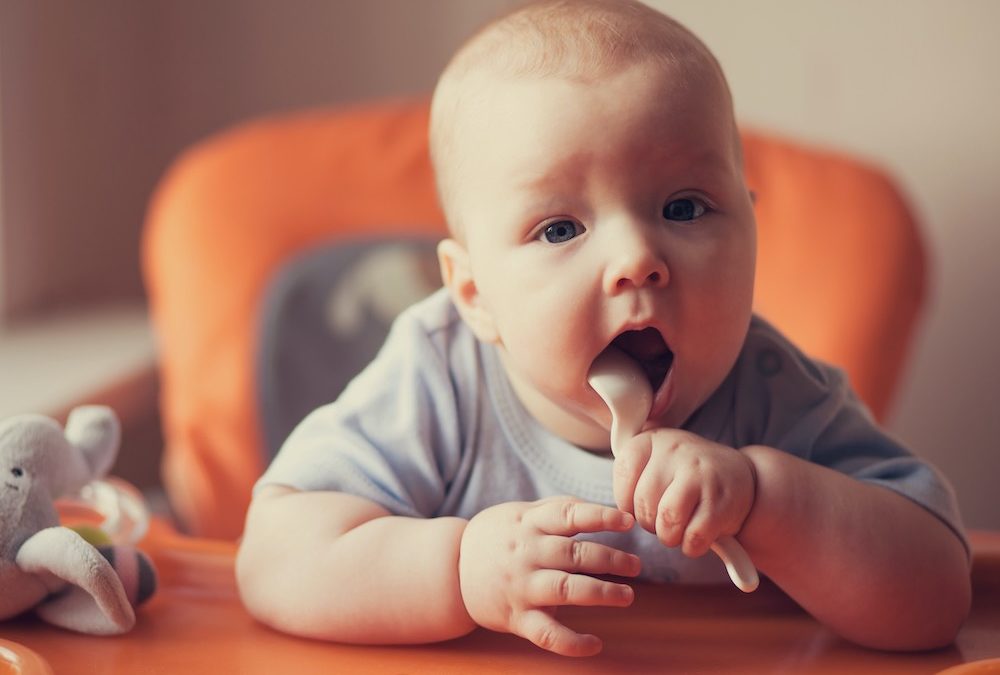 The Australian breastfeeding association states” When your infant is ready, at around 6 months, but not before 4 months, start to introduce a variety of solid foods, starting with iron-rich foods, while continuing breastfeeding”. The same applies to formula fed babies.

Why do babies need Iron rich foods at 6 months?

The majority of babies are born with enough iron stores to last until they are around 6 months of age. While breast milk contains iron and formula is fortified with iron, the amount babies need at this age dramatically increases.

So, once babies reach 6 months old, we need to ensure they are getting enough iron through the food they eat so they don’t become iron deficient.

What role does iron play in our bodies?

So exactly how much Iron does your baby need? The Recommended amount for infants aged 7–12 months is 11mg/day.

This handy diagram by Anna RItan (nourished little lives) shows you how much iron is in each particular food. 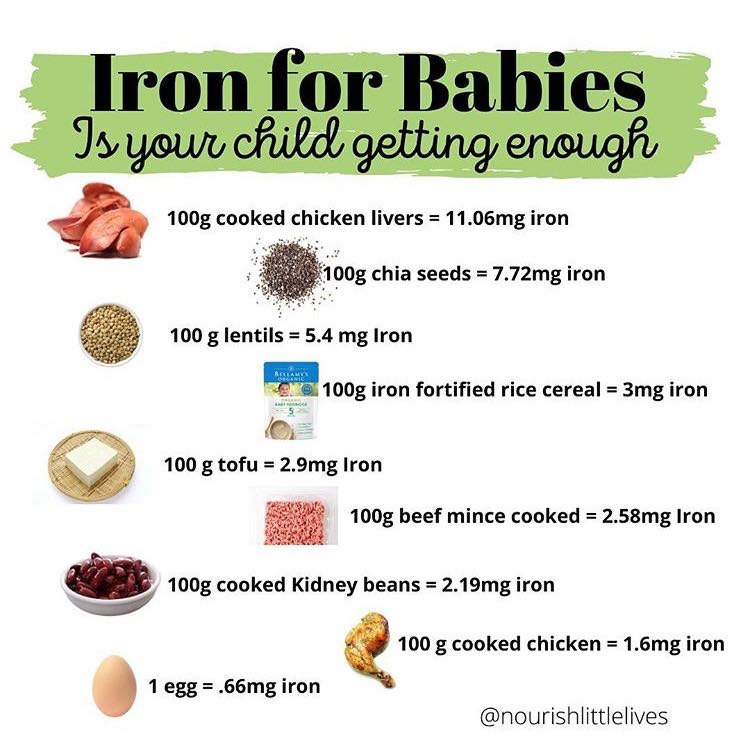 Did you know that Iron comes in two forms? Haem and non haem.

So what’s the difference?

Haem iron is found in animal-based foods, like red meat, poultry and fish. Haem iron is easily absorbed by the body.

Non- Haem Iron is found in plant-based foods like cereals, vegetables and legumes. It isn’t as easily absorbed as Non-Haem Iron but nonetheless, is still an important source of iron.

Tip: Vitamin C takes the non-heme iron and stores it in a form that’s more easily absorbed by your body. So, when feeding your baby non-haem sources of Iron, add some vitamin C to help with absorption. Strawberries, tomatoes, peaches, lemon, broccoli, capsicum and berries are all high in Vitamin C.

Rice cereal has been recommended to parents for decades as a source of iron for babies. However it is better to give your baby natural sources of iron if possible as their bodies absorb it more easily. Rice cereal is also heavily processed and can cause constipation.

If you choose not to give rice cereal, you need to give nutrient dense, iron rich foods for breakfast. Some meat, such as pureed beef casserole, first thing in the morning is a great alternative. Using a slow cooker makes cooking nutritious stews and casseroles easy.

“Gradually increase food consistency and variety as the infant gets older, adapting to the infant’s requirements and abilities. Infants can eat pureed, mashed and semi-solid foods from 6 months. By 8 months most infants can also eat “finger foods”.

Lastly, try not to get overwhelmed about all the conflicting information about solids. Whether you choose to use purees or follow a more baby led weaning (BLW) approach, just ensure you’re giving iron rich foods to your baby and making it a positive experience for both of you.