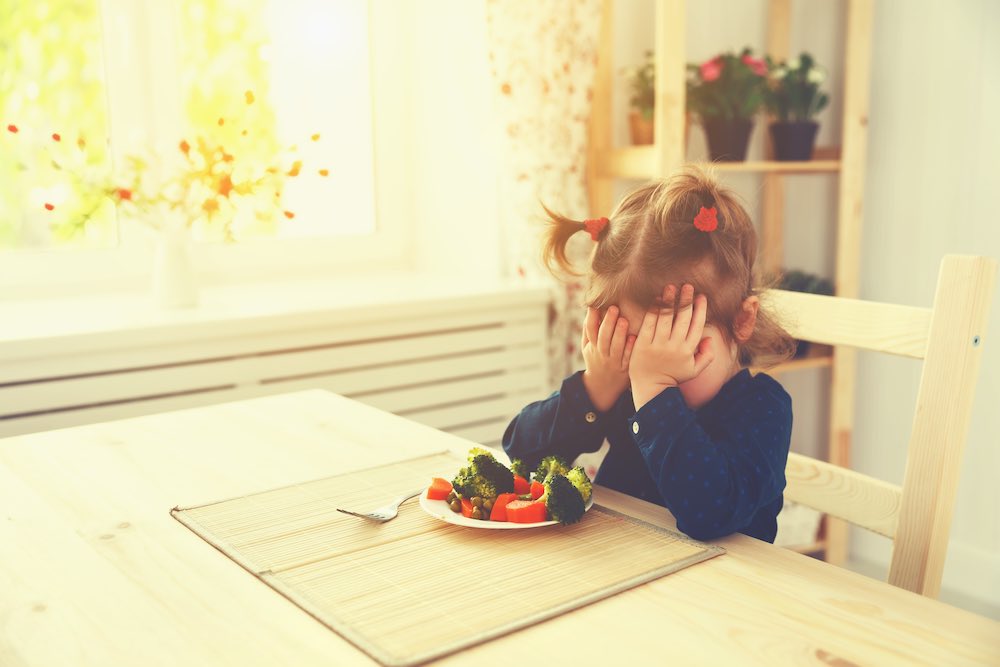 How to Make Healthy Meals for Fussy Eaters

Getting a child who’s a fussy eater to actually consume a healthy meal may feel, at times, like an impossible dream. You know the type. They want what they want and turn up their noses at anything that even vaguely resembles a vegetable! You’ve coaxed and cajoled, bribed and made deals, but nothing seems to work! Don’t panic. There are ways to appeal to the senses — and palate — of a quintessentially picky eater, and they’re not all that difficult to master, either.  Here are a few tips on how to get started converting your picky eater into a certified foodie (okay, maybe not a foodie, but at least a child that has learned to accept and even like some of the healthy foods you prepare!)

Be Patient with your fussy eater

Experts like Clare Rowe (for the Sydney Morning Herald) say that it takes five to ten “tastes” of a new food before most fussy eaters will begin to accept them, so if your little one turns away from a new food the first time or two, don’t assume that they’re never going to accept it.

The “something old, something new” adage doesn’t just apply brides. When introducing a new food to your fussy eater, serve it alongside something you know that they already like — say macaroni and cheese. Even if they take only a couple of bites to placate you, that’ll be a couple more bites of something that’s really good for them than consumed yesterday!

Children like foods that they can grab and snack on, especially after returning from a boisterous play session or after nursery or swimming, for example. Set limits on how much they can snack on in between meals, and how often. Sometimes, children are obstinate at mealtime because they’re not truly hungry.

According to Keith E. Williams, Ph.D. – director of the feeding program at Penn State Hershey Medical Center, in Pennsylvania for Parents Magazine, make sure you’re not offering an adult sized portion of food — healthy or otherwise — on your child’s dinner plate. In fact, he suggests that you start very small. For example, say your child loves cheese pizza but resists adding healthy veggies like green peppers on top. Serve the pizza with just one or two slices of green pepper, and assure them that they’ll be done with those two little pieces in a jiffy. Suggest that he eat them first, and then let him go ahead and enjoy the rest of his pizza without any pressure to try more of the green peppers. Next time, make it three green pepper slices.

One frustrated mother chronicled her experiences (for Real Simple Magazine) with not one but two fussy eaters — a boy and a girl who (just to make things even more challenging) had vastly different takes on what constitutes acceptable food and what doesn’t. Her little boy liked only “white foods” — pasta, chicken nuggets, hamburger and hot dog buns, etc., while her little girl preferred only “grown-up” foods like sushi! Yikes!

This resourceful mum dedicated a week to trying to get her children to accept some foods that very definitely fell outside of their comfort zones, and succeeded to a degree by enforcing a “three-bite” rule*, announcing dinners with an emphasis on the vegetables (i.e. carrots and chicken instead of chicken and carrots), having each kid share a story about their day, and maintaining a sense of humor. *For younger kids (toddlers) you could substitute the “three-bite rule” for something like making some of the red food disappear, some of the green, etc.) So how did she go? Believe it or not, the three-bite rule resulted in a new food or two for each child, and the sharing of the day’s events meant that mealtime wasn’t just about the food, which made everybody more relaxed about the whole thing!

Bottom line? You don’t have to become a short order cook and prepare separate meals for children and adults. In fact, giving your fussy eater only what you know she likes actually encourages his fussy eating attitude, says child food and nutrition expert and author Annabel Karmel. With a little creativity, slightly more realistic expectations, and some effort at keeping the mood light, your kids will slowly adapt to new — healthier — foods, without turning the dinner table into a battleground! I hope this has given you some ideas on how to make healthy meals for fussy eaters in your household.

Want more interesting information on being a great Mum and actually enjoying the process?

Contact us at Mindful Mum for more useful advice on subjects like sleep problems, breastfeeding, nutrition, and much more!